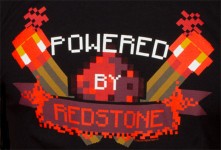 Now that you’ve been playing Minecraft for a while, you probably want to start building something involving redstone. At first, redstone construction may sound overwhelming, but once you understand the basics, it’s a lot less complex than it first appears. Redstone is the Minecraft equivalent of electronics, but with a few differences. We’ll start first by discussing how redstone works at a basic level: In order for a redstone circuit to do anything useful, it must have … Read More