Twenty.oz » 20.oz Plays » It’s The Right Time For Alone in the Dark: Illumination

It’s The Right Time For Alone in the Dark: Illumination 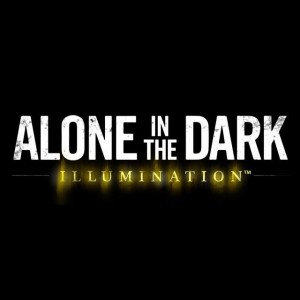 Halloween is just about here and so is pre-order time for an intriguing new Survival Horror Game called Alone In The Dark Illumination by Atari. Harkening back to it’s original Alone In The dark roots as the first 3d survival horror game, Illumination is a third person coop survival game that seems so interesting but so hard to pin down as to actual gameplay.

The game has been in closed Alpha since the middle of August and preorders should be available anytime now near the 27th of October. Perfect Halloween timing if I do say so. The Alone In The Dark website suggests that you register on the site to ensure you get the most up to date information, special invitations, and other happenings. I cannot tell if there is an open beta for preorders or even that the game will be released on time.  This language is sometimes used for closed betas but one thing that is certain is that Pure FPS is very low profile on this one as well as Atari the publisher. There are not a lot of tweets and it appears that PureFPS does not have a public web presence.
Tweets by @AITDGame

I get some sense that there are similarities to the gameplay of the Left 4 Dead series and if that is the case that would be fine for me. I really can’t get enough of Co Op and Survival Horror and there is plenty of room in the market for a game that uses 4 player coop that way. Additionally the fact that Illumination uses the Unreal 4 Engine just brings out the eye candy junkie in me.

This jQuery slider was created with the free EasyRotator for WordPress plugin from DWUser.com.

What do we know about the game?

Alone in the Dark: Illumination™ brings you to the abandoned town of Lorwich, Virginia. Located near Virginia’s southern border, Lorwich was a flourishing industrial town with a bustling business generated by the local mines. These prosperous days came to an end when a flood devastated the mining facility, leaving behind nothing but destruction in its wake. The disaster forced an immediate evacuation, leaving the town desolate. It has been years since the accident, and the town has long been forgotten.

But the cause of the accident is still a mystery, and years later, nobody dares step foot in the town for fear of what lies there. There have been numerous reports of strange creatures and a dark, brooding fog within the town. Some locals who believe in the supernatural say that there lurks an ever-present force known as The Darkness. The Darkness can reveal itself in many ways, such as fog, apparitions, and creatures. It has cast its spell over Lorwich, enveloping everything in its path. It is up to you to help defend the town by fighting back the Forces of Darkness.”

“Alone in the Dark will feature a wide range of creatures heavily influenced on the writing and art work of H.P. Lovecraft.”

Who will we play as?

The Hunter, the Witch, the Priest and the Engineer each offer unique gameplay experiences with distinctive weapons, skills and powers.

• The Hunter – As a direct descendant of Edward Carnby, a hero of the original Alone in the Dark, the Hunter grew up enthralled by the adventures of the “Supernatural Private Eye.” He knew every detail of every case, including the notes of the strange creatures encountered. His grandfather was his mentor and as such the Hunter vowed that he too would help rid the world of the evil Darkness.

• The Witch – The Witch is the great-granddaughter of Emily Hartwood, the heroine of the original Alone in the Dark. After her various other-worldly encounters with Edward Carnby, Emily Hartwood began to dabble in the supernatural world. But unlike other occult practitioners she met, Emily learned only what she needed to protect herself. Her great-granddaughter, the Witch, followed in her footsteps and also studied the supernatural arts. From a young age, the Witch had a natural gift for magic, and her abilities far surpassed those of her other family members. The Witch swore to use her abilities to help others, and help protect the world from evil forces, such as those that terrorized her family.

• The Engineer – The daughter of the Chief Engineer of the world’s leading computer hardware manufacturer, the Engineer was born to work with electronics. While other children played with plastic blocks, she was making remote-controlled robots from parts she found in her father’s work shed. Making gadgets filled up the Engineer’s free time. Her goal is to create mechanical items which could rival her father’s groundbreaking work.

• The Priest – The son of the nation’s most influential religious leaders, the Priest trained from a young age to combat the forces of darkness. With his enhanced abilities to heal and purify even the most extreme cases, the Priest has become a leading warrior in the never-ending battle against the darkness.

Primary Weapons and Abilities: Heaven and Hell, The Lord’s Blinding Light, Cleansing of the Sinners, The Binding Word.
MULTIPLAYER

Cooperative multiplayer modes let you battle The Darkness with all four characters, or build smaller teams for a greater challenge.
DIVERSE ENVIRONMENTS

Four “campaigns” with multiple levels take players through the blasted landscape of Lorwich, and deep below to unearth the mysteries of this forsaken township.
THE POWER OF ILLUMINATION

Light up maps to create safe zones and damage your foes.”

The creatures included will be the following: 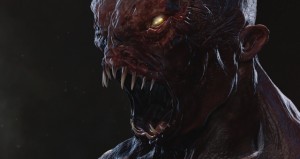 “Earning the title as the first ever 3D survival horror video game, Alone in the Dark created a genre that would continue to terrify gamers decades later. Released in 1992, the first Alone in the Dark game took inspiration from the works of H.P. Lovecraft, and sent players on a paranormal investigation, requiring them to gather clues and solve puzzles while defending themselves from other-worldly creatures.

Now 22 years later, Alone in the Dark series has made its mark in the horror genre. Every few years a new addition arrives to prove that fear can be re-imagined into a new entertaining but still terrifying experience. The upcoming release is no exception as players will be treated to a fresh action filled horror survival game which will certainly earn its spot in the legacy that is Alone in the Dark.”

“Unreal Engine 4 brings revolutionary visual fidelity to video game development, as one of the most powerful and flexible game engines ever built. Alone in the Dark: Illumination takes full advantage of UE4’s powerful physics, lighting, and texture technologies, to propel the look and feel of the dreaded town of Lorwich – and the eldritch monsters inhabiting it – into one of visceral and immersive terror

“About Pure FPS
Pure F.P.S. is a new game development studio whose current projects include Alone in the Dark: Illumination™, Nether, and Nether: Arena. The team is composed of the founding members of Plastic Piranha but has expanded with new talent behind hit games such as Dead Island 2, Spec Ops: The line, Bioshock Infinite, Wolfenstein, Homefront, MLB 2K8, Stargate Resistance, Battlefield 2, Battlefield 2142, Forge, and Depth.”

I am a life long gamer and a Podcaster. I love writing and talking about gaming and game developement. I work in tech in a obscenely large corporation.
View all posts by Senior Editor →
Bookmark the permalink.